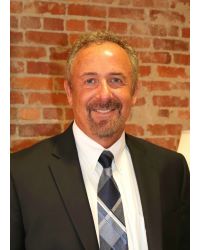 Hugh Jackson joined Coldwell Banker Commercial Cornerstone in December of 2001 bringing with him over fifteen years of experience in corporate real estate. In 1995, he was promoted to V.P. of Real Estate and Store Development with Young's Food Stores, Inc. His primary responsibilities included site selections, lease negotiations, coordinating construction, store acquisitions and dispositions, and overall management of company assets. He was involved with growing the convenience store chain to over 45 stores and was directly responsible for negotiating and coordinating more than 20 store transactions, a dozen of which were new ground up locations. He was also the catalyst in the renovation of some 20 more stores. Although versatile and capable of handling any real estate or business transaction, Hugh has been able to take his knowledge and many business contacts and relationships developed over the years in the petroleum and convenience store industry, to specialize in the marketing of c-stores. He has dealt with large chain store operators right down to the smallest independent store owner. His qualifications far exceed that of the average real estate agent, but more importantly, his honesty, fairness and ethical business practices have earned him a valued reputation any client can bank on. He earned his S.C. real estate brokers license in 1992 while working as the property manager and purchasing agent for Sumter Dairies, Inc. and Young's Food Stores, Inc. In the late 1980's he became a managing partner successfully developing a large residential subdivision located in Sumter, S.C. In 1983, he joined an ERA Real Estate franchised company and spent three years as an agent marketing residential property. Hugh graduated from the University of South Carolina with a B.S. degree in Business Management in 1980. In 1976, he graduated from Wilson Hall Academy in Sumter, S.C. where he was born and raised. Hugh's skills and experience have proved to be an asset to Coldwell Banker Commercial Cornerstone and his very diverse range of clients continue to profit from the knowledge he has gained during his career. Since joining Coldwell banker Commercial, he has successfully marketed and brokered properties varying from large tracts of land, industrial sites, shopping centers and multiple retail mixed-use sites, to the smallest of commercial business transactions. Hugh is a native of Sumter County where he resides, and actively participates and contributes to his surrounding community.