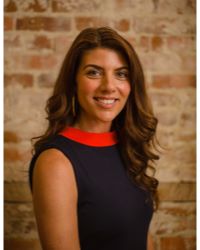 Heather Tickel is Office Manager, Team Leader and administers Marketing & Sales for Coldwell Banker Commercial Cornerstone located in Sumter, South Carolina. She joined this successful team in April of 2014. Heather is a major contributor to a team with Jay Davis, who was recently recognized in March of 2017 at the Global Conference in Las Vegas by Coldwell Banker Commercial as Circle of Distinction Member. He also earned a spot in 2016 within the elite "Top Two" percent of producers from among 3,000 affiliates in the Coldwell Banker Commercial Organization worldwide. He responded to this recognition by asserting, "Any success I have had has been a team effort, and wouldn't have been possible without Heather's contributions." Heather graduated from University of South Carolina with a Bachelor of Science degree in Business Administration and a minor in Marketing & Sales. While completing her college studies, she grew her skills by managing several small businesses and supervising personnel. Heather was successful at controlling day to day operations, overseeing employees, negotiating vendor pricing and contracts, and increasing profitability. These experiences have contributed to Heather becoming a valuable member of the Coldwell Banker Commercial Cornerstone Team. Raised in a military family, Heather has lived and traveled the world before settling in Sumter, SC. She is married to Sumter native and successful business manager, Matthew Tickel. Heather is proud to be a part of the growing community of Sumter. She has continuous involvement in United Way, Chamber of Commerce, Sumter American Heart Association, Cross Bridge Christian Church and volunteers in various events throughout the City.